Happy 2015 and happy Golden Globes Sunday! It’s that time for everyone to come up with pointless lists that reflect on the year in film. So here’s mine!

Last year I saw a total of 34 movies – a little less than in previous years, but I like to think I avoided the worst ones this year. Here were my favorites:

1. A Most Violent Year / The Lego Movie / The Imitation Game
Three very different movies, but hands down my favorite three movies of the year. A Most Violent Year showcases one of the most tense final scenes of the year, and Jessica Chastain is crazy good. The Lego Movie is just flat-out the most clever and one of the most inventive movies in a while (which is insane considering it’s based on a toy line). The Imitation Game has one of the best screenplays of the past few years. And Keira Knightley’s still got it! 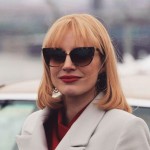 2. Boyhood
A movie truly deserving of its own spot on this list. The kitchen scene at the end of the movie with Patricia Arquette is definitely my favorite scene of this past year. A pure 165 mins of nostalgia and one-of-a-kind moviemaking.

3. The Hunger Games: Mockingjay – Part 1 / Big Hero 6
Two of the best blockbusters of the year. Though some people may disagree, I think Mockingjay benefited from being split in two and allowed the story to breathe. Big Hero 6 is a movie I wish was around when I was a kid. I want to get lost in San Franyoko.

4. Birdman / Gone Girl
Both movies weren’t afraid to make bold choices, ones that I think paid off in the end. Emma Stone and Carrie Coon are standouts, respectively.

5. Snowpiercer / Neighbors
I can see both movies becoming cult classics in the very near future.

Still haven’t seen: Selma, Inherent Vice, The Grand Budapest Hotel (which I may never see), Under the Skin, Pride, The Guest, Big Eyes or The Skeleton Twins.